Growth Hacking Your eCommerce: Why Does it Matter

Five years ago, some friends located in the Valley started to elaborate on a new topic: growth hacking.

Doe-eyed vertical eCommerce now look at growth hacking principles with curiosity. Thinking it will lead them to more customers, and more sales. Inevitably.

Check at the graph below (from Google Trends).

But what does growth hacking mean for your eCommerce? Is it a discipline, a state of mind, or both? Can growth hacking be the solution to help you grow your business? And if so, how?

We'll try in this series of articles to cover everything there is to know about growth hacking. We'll focus on the technical approach, riffing on the tactics and the process. And show there's no hype.

The drag: how do you stand out in a “super-crowded” market?

How many eCommerce are there? A lot. Probably more than a million according to [RJMetrics](https://blog.rjmetrics.com/2014/06/18/how-many-ecommerce-companies-are-there/" target=_"blank). And that was two years ago. Imagine today.

With that in mind, what makes you think you stand a chance? Making it in eCommerce is part luck—we always need some—and part hard-work.

Hard work means that everybody in your team is looking in the same direction, aware of the tactics and initiatives you can take to get growth.

What is growth hacking?

Sean Ellis, first marketer at Dropbox, coined the term of "growth hacker" in 2010. To him, "a growth hacker is a person whose true North is growth".

Another expert, Andrew Chen, envisions the growth hacker as a “hybrid of marketer and coder”. His piece—[Growth hacker is the new VP of Marketing](http://andrewchen.co/how-to-be-a-growth-hacker-an-airbnbcraigslist-case-study/" target=_"blank)—got viral.

From there, experts and curious marketers started to pay attention. Remember the graph from Google Trends? These guys, along with some others, helped a lot to spread the concept.

And today, vertical eCommerce are looking for the best growth hackers in town.
But to do what exactly? To hack growth.

What exactly is Growth Hacking?

Growth hacking is a set of tactics and best practices for dealing with problems of user growth.

But for the sake of making it eCommerce-oriented, growth hacking then would be a set of tactics and best practices for dealing with problems of customer growth.

What does a growth hacker do? She works on finding the right tactics to grow the number of users. She implements these best practices. Testing them relentlessly. Measuring whether they lead to more growth.

From there, you must think growth is like a linear, exponential curve going up. It’s not. This—below—is most likely what growth is like (thanks to Yong Fook and his great slideshare you ought to see [here](http://www.slideshare.net/yongfook/actionable-growth-hacking-tactics/7-This_is_a_Growth_Curve/" target=_"blank)) 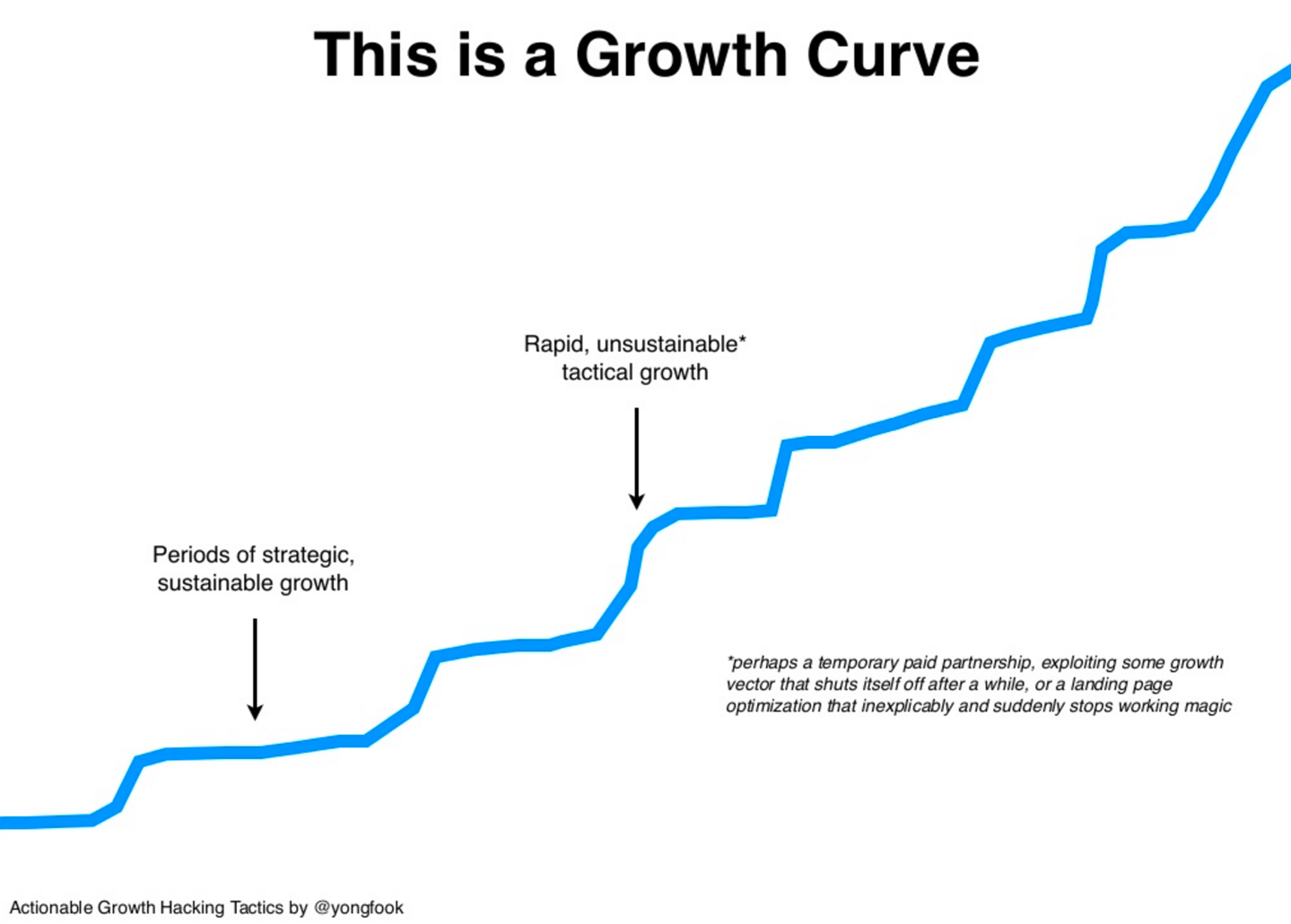 Why does this matter to you?

You need growth don’t you? Whether you’re struggling with the conversion rate on your eCommerce, or successful, you need it.

By essence, growth will always be a moment before you need more growth. It’s an endless cycle. [An infinite game](https://blog.aftership.com/game-called-business/" target=_"blank) that you’re in.

We—as humans—crave for more. Your goal may be to sell more, or to have more impact (charity, social impact, politics, etc.). You still need to reach out to more people over time.

Connecting with them one at a time at first, and then—eventually—go viral. Spread like wildfire. Get traction. 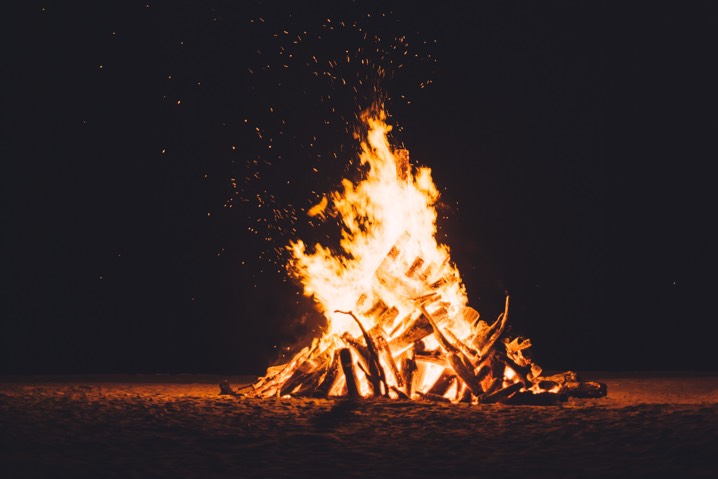 To do so, you need tactics and best practices which include identifying traction channels. Justin Mares and Gabriel Weinberg wrote about this in their book—Traction, how any startup can achieve explosive customer growth.

They went on to elaborate on a specific framework—the bullseye framework—to identify and classify channels where you can get traction and grow.

Channels include email marketing, content marketing, viral marketing, PR, etc. There are 19 of them. You can read more about this topic in our next article. It will focus on the technical traction channels to look after for your eCommerce.

So not only you need more growth but you know now you can’t achieve it without a process. A framework that helps you move the needle forward. How?

Are there any good examples out there to show you the way?

How Dropbox and Airbnb took off

Dropbox built one of the [best system of referrals and invites](http://www.referralcandy.com/blog/referrals-built-dropbox-empire/" target=_"blank), along with producing a great video that got viral on the right publication. Boom.

Airbnb? They [hacked Craigslist](https://growthhackers.com/growth-studies/airbnb/" target="_blank) to drive thousands of users to try their platform—confident enough these guys would drop Craigslist for Airbnb. Nailed it.

Any eCommerce—big or small—can look at plenty of examples from the finest tech’ startups that grew massively in the past few years. What were the tactics, at which stages of growth? Who would be in charge?

Where should you look to implement it?

The technical aspect of growth hacking—which is the hardest to master—is too often underestimated.

Which is why—we believe—it’s easier for developers to become growth hackers and lead growth hacking, rather than pure marketers.

CTOs of vertical eCommerce have to step up from their role—purely technical—and look more into the core of the business: traffic, conversion, revenue, retention. Only when you know about these metrics, you can ensure the rest of the team understand what's at stake.