5 eCommerce Trends - What Consumers Look For In 2017 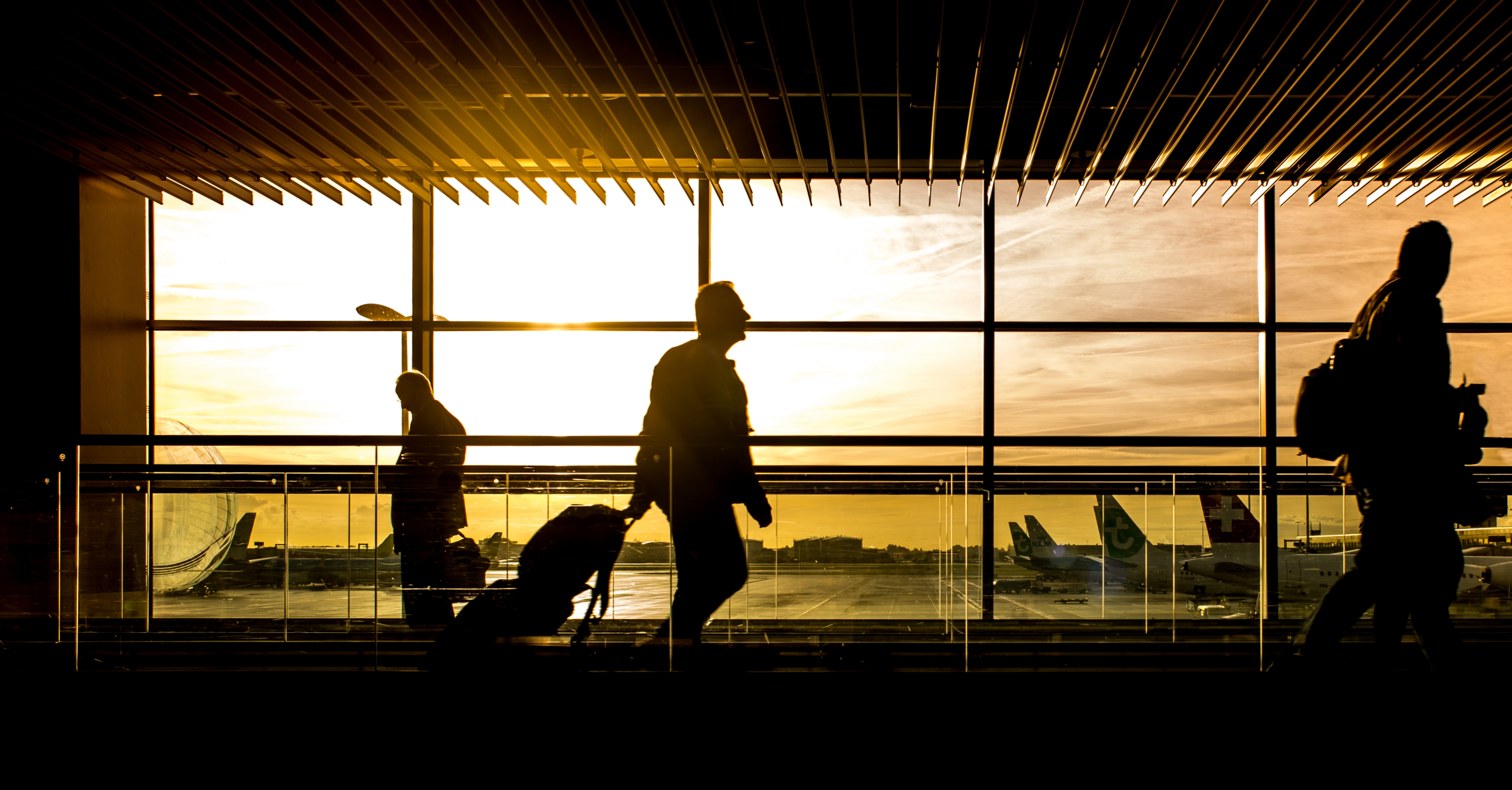 The eCommerce industry has seen a massive growth in the past few years with U.S. as one of the key players in this industry. In light of the competition, it is important to be in the know in order to stay on top of the game.

Thanks to the flexibility of an eCommerce and the many tools now offered over the likes of Shopify and Woocommerce, competition is quickly ramping up. Consumers are now open to more options and opportunities than ever before.

So what does this mean for your business strategy and what should you be aware of to have an edge over the others?

In this article we will look into the 5 key trends to help you better prepare your eCommerce.

By now this shouldn’t be a shock to you. People can hardly live without their smart phones. According to [Statista](https://www.statista.com/topics/2711/us-smartphone-market/" target="_Blank) it is predicted that there will be nearly 220 million smartphone users in 2017 which amounts to about 10% of estimated smartphone users worldwide!

Yes, we already know this. We’re practically stuck to our phones, perhaps you’re even reading this article on your phone. About [56% of traffic on top sites are generated from mobile devices](http://marketingland.com/mobile-top-sites-165725" target="_Blank), so your business should absolutely cash in on this.

Indeed many statistics show that there is a gap between the traffic generated by mobile devices and the actual revenues from them but that does not mean you can let your mobile game slide.

Reason? Well there is still the concerns over the privacy and security over phone purchases, and it doesn’t help that many stores don’t have a mobile responsive website which further promotes that stigma.

But an important thing to keep in mind is that, even though consumers may not be making a purchase on their phones, they're still be using it as their main browsing device.

Think back to your personal experience. Even if you are unwilling to make a massive transaction via mobile, chances are you would have used it to research or look up the information in some way or form.

The “division” between mobile and desktop user is practically nonexistent when everyone has access to multiple devices.

Though the chances of this being the reality for 2017 is quite slim, it’s been predicted by many leaders of the industry that apps will become obsolete (and perhaps rightly so). So if you haven't already, now is really the time to clean up your game!

To know more on this phenomenon, check out the following article by our friends at Wired on ‘[Google’s Ingenious Plan to Make Apps Obsolete](https://www.wired.com/2015/05/google-now-io/" target="_Blank)'.

In the fast moving world of eCommerce, efficiency has always been a goal to reach for. With technology quickly catching up, it may finally become a reality in 2017.

Increased efficiency points to many things. On the business side, we are looking at analytics and real time data. You may have noticed that there are more analytic tools now readily available to help you gain real time insight into your customers.

With so many resources available out there to help you (and your competition), you are putting a lot is at stake by not taking advantage.

Real-time data allows you to stay relevant, measure what works and what doesn’t and is especially helpful in identifying the right strategies for your business at its current stance.

For customers on the other hand, increased efficiency points to the rate of service. The downside of online purchasing compared to traditional retail used to be the delay from when you made the purchase to when you received the actual product.

But more and more so, are customers looking for same-day-delivery and with major corporations stepping up and offering to do so, we may expect this to become the new norm in a not so distant future.

A lot has changed in our way of thinking in the past two decades. With the rise of internet, now readily available at the palm of our hands, more people will expect to have a readily access to essential information.

So even if you are unable to provide your customers with same-day delivery, it would work to your advantage to give your customers a peace of mind by providing them with delivery statuses and notification functionalities on all their purchases.

Social media is now a part of everyday life. An average American spends around 10 hours a day in front of a screen. Of the 10 hours, close to 20% is spent on social media.

This makes social media a great place for business. Rather than trying to direct people’s attention off of social media and onto your eCommerce, it may be smart to open up your business, moving the transaction over to various social media platforms.

Many major social platforms now have selling capabilities, and yes, many are already doing so. Not only are you making it easier for your customers to buy by opening up another channel, you're also promoting social media following!

When Apple first introduced Siri in October of 2011, it broke the internet.

Now more than five years later, we are more or less accustomed to the idea of an A.I. assistant and thankfully, the predictions of a sinister dominating artificial-intelligence system has yet come true (all maybe except for [Microsoft’s AI Chatbot](http://www.theverge.com/2016/3/24/11297050/tay-microsoft-chatbot-racist/" target="_blank)).

But one thing that has been proven true is the progression into this new era. Yes, more companies are using Bots to communicate with their customers and will soon be the new standard in customer service.

With chat bots, customers can receive immediate help and feedback. They also cut out the delay in assistance and free up customer support personnel to deal with the more extensive matters.

Just recently, we at AfterShip also launched our very first Facebook Bot. Make sure to check out the article on our little venture embracing this new trend!

It used to be that activity tracking was considered intrusive. But no longer is that the case!

Seeing the popularity of Fitbit, Apple watch and the likes in activity tracking devices, we can quite safely say that gone are the days of hyper-privacy.

We are now living in an era that values open information sharing and an ability to monitor with precision.

This major shift in the way we think means that consumers will start to appreciate and even expect more personalized features. Welcoming the idea of businesses understanding their needs on a deeper and more personal level.

A great example of this is Spotify’s Daily Mix. Creating individualized playlists based on the user's listening habits.

The new embrace of user data and information allows businesses to create a personalized environment that is superior to that of the traditional retail space. Experiencing the same benefits of useful product recommendations minus the middle man. 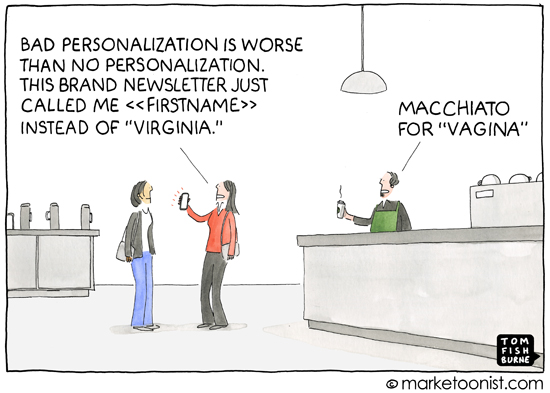 The major trend in 2017 is bringing the action to consumers like never before. We’ve already seen the beginnings of this in more extensive measures with AR & VR in 2016 and other major efforts in bringing the experience right into the rooms of users.

In 2017, consumers will be expecting seamless transitions from their everyday routines into buying with the help of social selling. The lines between internet and reality will also be less apparent as the conversion becomes more coherent, with more businesses adopting same-day delivery.

The movement away from brand idolization and putting consumers at the center of it all will translate to a more unique buying experience. In coming year, businesses will find success in cutting out unnecessary distraction and accurately addressing consumer needs.